Glyphosate is an herbicide that is widely used by farmers, as it is the main ingredient in many commercial weedkillers. In March 2015, the World Health Organization’s International Agency for Research on Cancer (IARC) classified glyphosate as "probably carcinogenic," which created wide discussions concerning the safety of the that herbicide to human health, and its continued use by farmers around the world.

Despite the World Health Organization's classification of glyphosate as being "probably carcinogenic," the USDA very quietly dropped plans to test for the weed killer in food that is currently on the market that we buy for our families!

This begs the question as to why the previous plans to test 315 samples of corn syrup from all over the Unitied States was halted. This study would have included a test for AMPA (aminomethylphosphonic acid), which is created as the glyphosate breaks down over time. AMPA is not without it's own safety concerns, and can cause a multitude of problems.

The original plan was to test for glyphosate and it's AMPA metabolite on April 1, 2017, with an end to the collecting at the end of August, 2017. Their excuse for changing those plans was that they decided, instead, to do their annual Pesticide Data Program test, which tests thousands of food for hundreds of varieties of pesticide residues. They cited the reason for the change as a "more efficient use of resources." This is done on honey from all over the country, and screening covers more than 100 different pesticides.

So, what is the problem you may ask? Glyphosade residue testing uses a different method of testing and is NOT part of the screening in the study on honey! In other words, the USDA is NOT testing for glyphosate in ANY food sources in 2017!

The annual testing that the USDA does tests thousands of food samples for the residue of pesticides, fungicides, and other chemicals used in farming, to ensure that none of them reach unsafe levels. They call this limit the "maximum residue level" or MRL that is allowed for a particular pesticide in that food.

Though the Government Accountability Office took the USDA and the FDA to task in 2014 for not testing glyphosate in their annual pesticide screening, they have chosen to not test in 2017.

Tony Mitra, a Canadian food researcher and activist, got access to over 7,000 records from the Canadian Food Inspection Agency on results of glyphosate tests from 2016, stated that the results were alarming. Glyphosate was pervasive in many foods.

Here in the United States, the testing was halted for the 2017 year, even though one agency chemist found alarming levels of glyphosate in many samples of U.S. honey. The sad truth is, there are no established safety levels established for honey by the EPA for glyphosate. That same chemist found extremely high levels in many oatmeal samples, including infant oat cereal! What is more alarming is the fact that none of these findings were reported by the FDA, and were only discovered through a report received through the Freedom of Information Act!

One might wonder, after reading these facts, whether there are people in the FDA and USDA that are somehow connected with those who have a financial interest in the profits of Monsanto, the company that manufactures and profits from the sale of Glyphosate, in the patented product sold as "Round-Up." Time will tell... 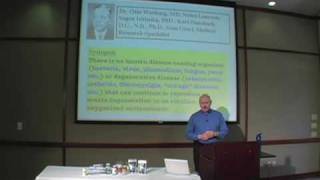